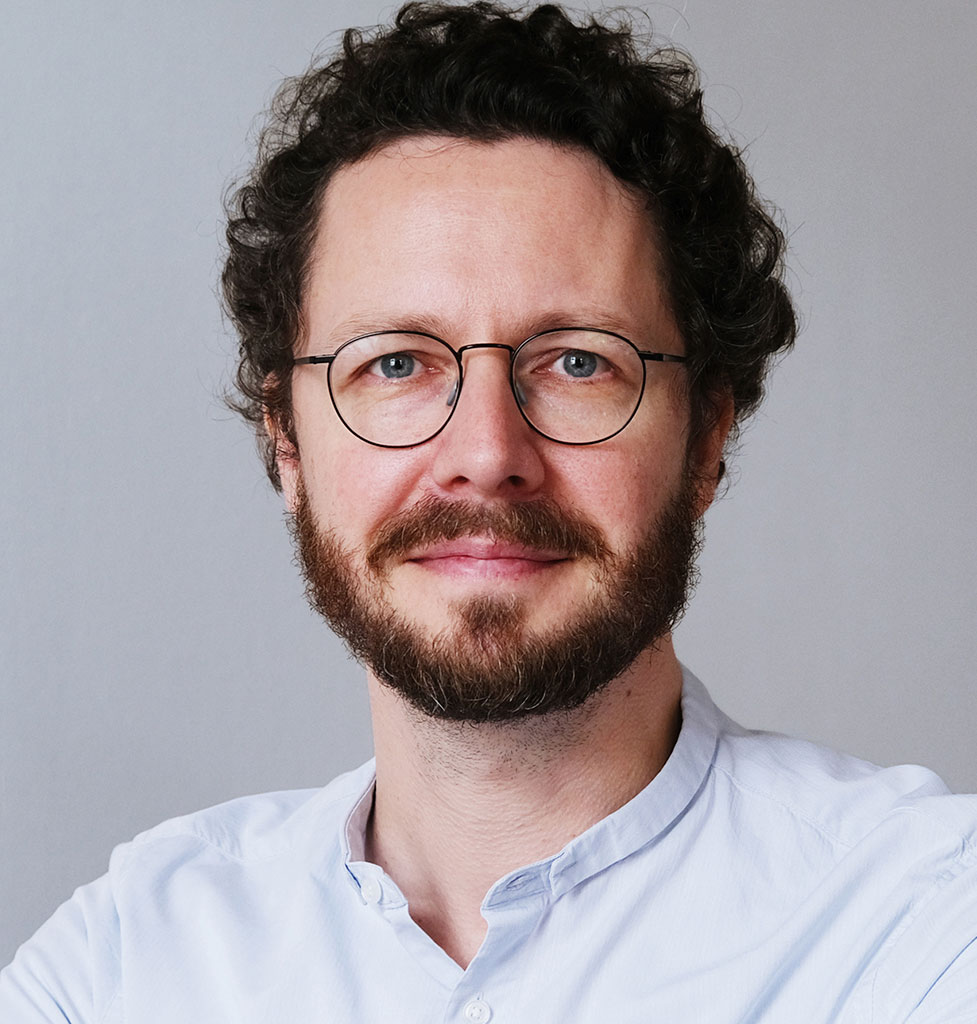 Christoph is Junior Professor of European Ethnology & Media Anthropology at the Institute for European Ethnology at the Humboldt-Universität zu Berlin. His current research concerns the transformation of practices and experiences that are enabled by digital technologies, resulting in a new digital curation of everyday life. Christoph’s interests converge more broadly around the fields of media and digital anthropology, museum and heritage studies, popular culture and game studies, digital methods and ethnographic data analysis, as well as the ethnography of emotions. As project leader and researcher at the Centre for Anthropological Research on Museums and Heritage (CARMAH), he applies media and digital anthropology approaches to foster the understanding of digital transformations in the field of museums and heritage.

He currently heads the DFG-funded project Curating Digital Images: Ethnographic Perspectives on the Affordances of Digital Images in Heritage and Museum Contexts (with Sharon Macdonald and Elke Greifeneder) as well as the transnational research project Challenging Populist Truth-Making in Europe: The Role of Museums in a Digital Post-Truth European Society (with Sharon Macdonald, Haidy Geismar and Roma Sendyka), funded by the VolkswagenStiftung. 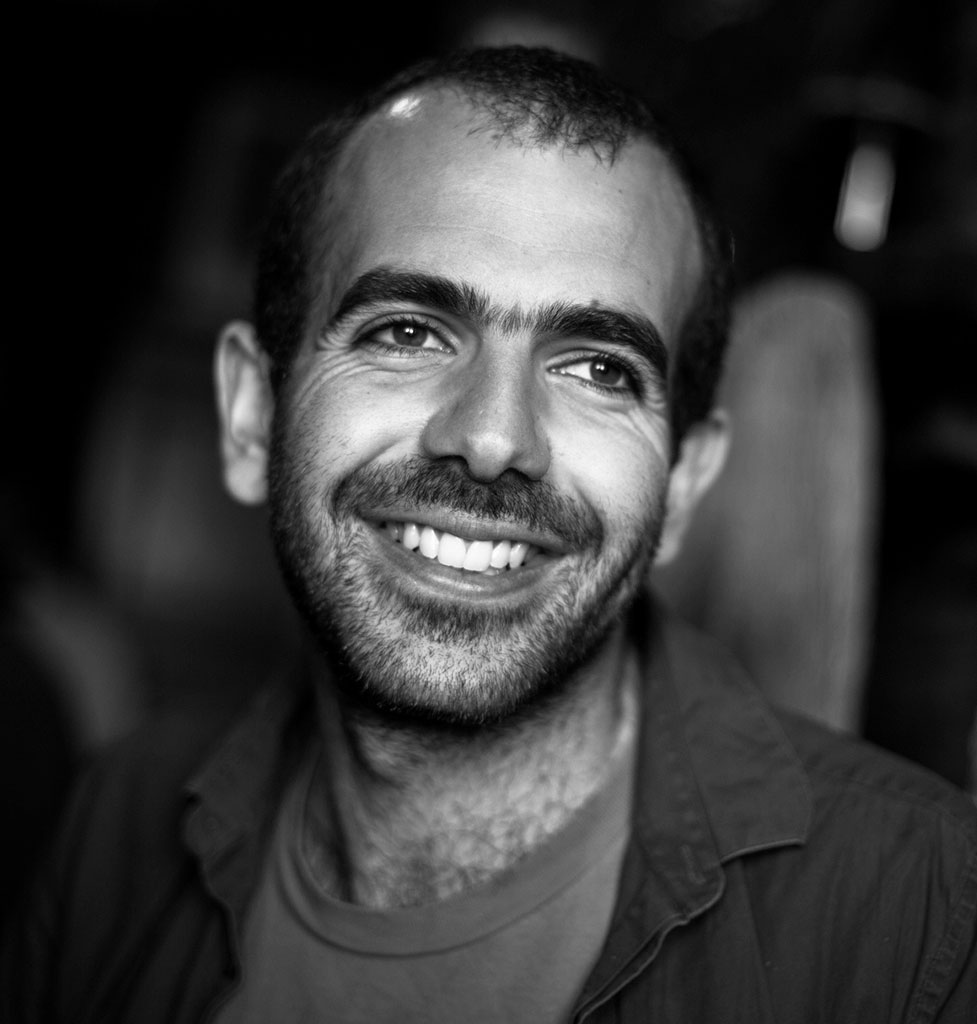 Benjamin Elwyn is a front-end web developer and designer. After completing his MPhil in Philosophy at King’s College London, he worked as a freelancer for nine years making websites for artists, musicians, and small businesses. He has also worked for an e-commerce agency, and is now the lead front-end developer at an advertising technology start-up. Throughout this time he has installed various versions of the standard surveillance technologies in scattered locations across the internet.

From this work has arisen some dread, some fascination, and a desire to know what is actually happening when we interact with the internet: what information do we reveal about ourselves, what do technology companies do with this information, and what do we get in return? His education in this area is informal and self-driven but supplemented by lived experience of contributing to these technologies.

Alex Ungprateeb Flynn is an anthropologist, curator, and Assistant Professor at the Department of World Arts and Cultures/Dance, University of California, Los Angeles. Working collaboratively with social movements and contemporary art practitioners, Alex’s practice explores the prefigurative potential of art in community contexts, prompting the theorisation of fields such as the production of knowledge, the pluriversal, and the social and aesthetic dimensions of form.

Having worked in Brazil since 2007 with the Landless Workers’ Movement, and more recently in Mexico and Argentina with cartonera publishing, Alex’s work has increasingly focused on the intersection of ethnographic and curatorial modes of inquiry, resulting in exhibitions and public programmes in Paris (Concrete Mirror, with Noara Quintana) and São Paulo (Releituras, with Beatriz Lemos). From 2016 to 2017, Alex was co-curator of the Residência Artística Cambridge, an artistic residency programme based in an occupied building in downtown São Paulo. For this project, Alex received the São Paulo Association of Art Critics 2016 APCA Trophy.

Alex has taught at Durham University and University College London, and has held research positions at the University of Cambridge, EHESS, Paris, Universidade de São Paulo, and the Iberoamerikanische Institut, Berlin. Together with Jonas Tinius he coordinates FORM*AT, a platform that explores how artistic approaches can prompt a reconceptualization of anthropological theory and practice. 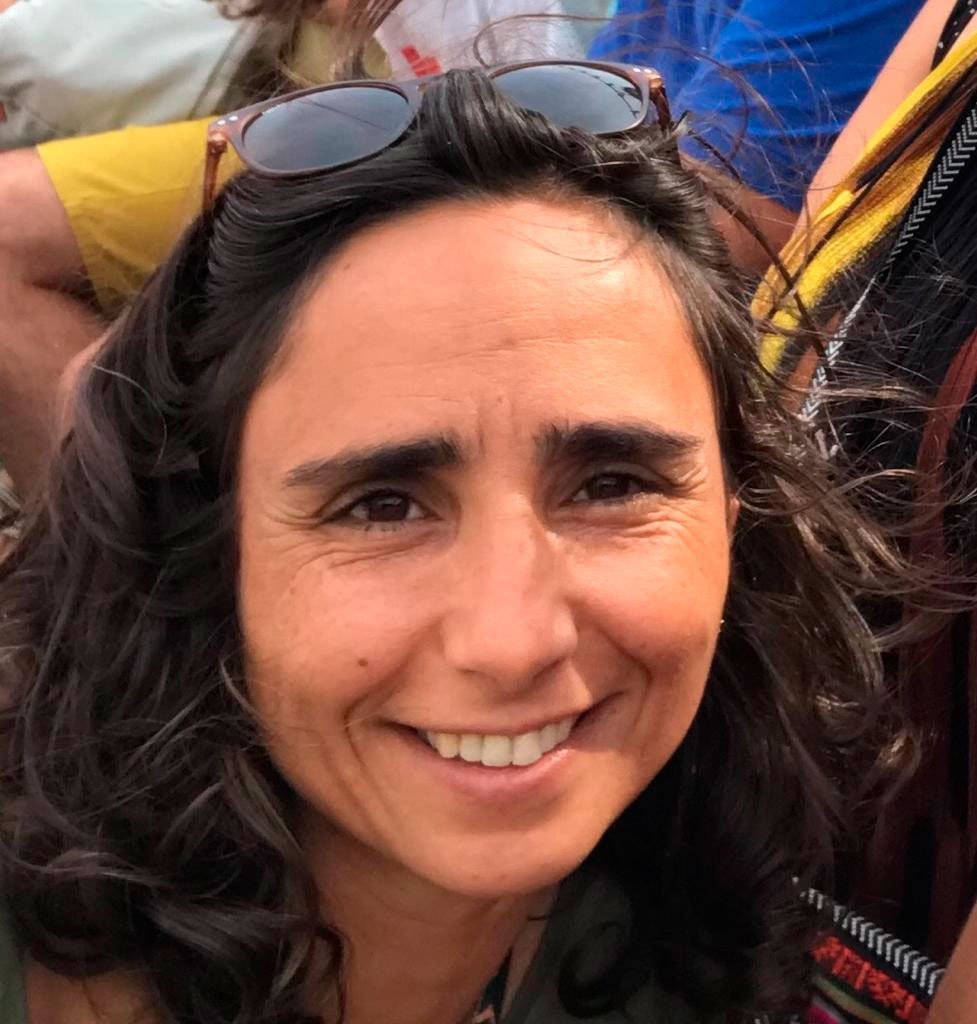 Catarina Frois is Assistant Professor at ISCTE in Lisbon, Portugal where she inaugurated courses on Crime, Justice and Human Security; Anthropological Approaches to Crime; and Marginality, Addiction and Risk Behaviors. Over the last twenty years her work has centred around the discussion of security and surveillance policies, stigma, marginality and incarceration which, in turn, gave rise to the single-authored and co-edited publications, Peripheral Vision: Politics, Technology and Surveillance (Berghahn 2013), The Anthropology of Security: Perspectives from the Frontline, Counter-Terrorism and Border Control (Pluto Press 2014) and Female Imprisonment: An Ethnography of Everyday Life in Confinement (Palgrave 2017).

As Senior Researcher at the Center for Research in Anthropology she is Principal Investigator on a number of projects that focus on the use of video surveillance in open areas; the politics-economy-fear nexus; as well as an extensive ethnographic project carried out inside fifteen men and women’s prison facilities. She is also Co-Principal Investigator coordinating a team studying the quotidian impact of policies relating to security, migration, economic crisis and livelihoods. 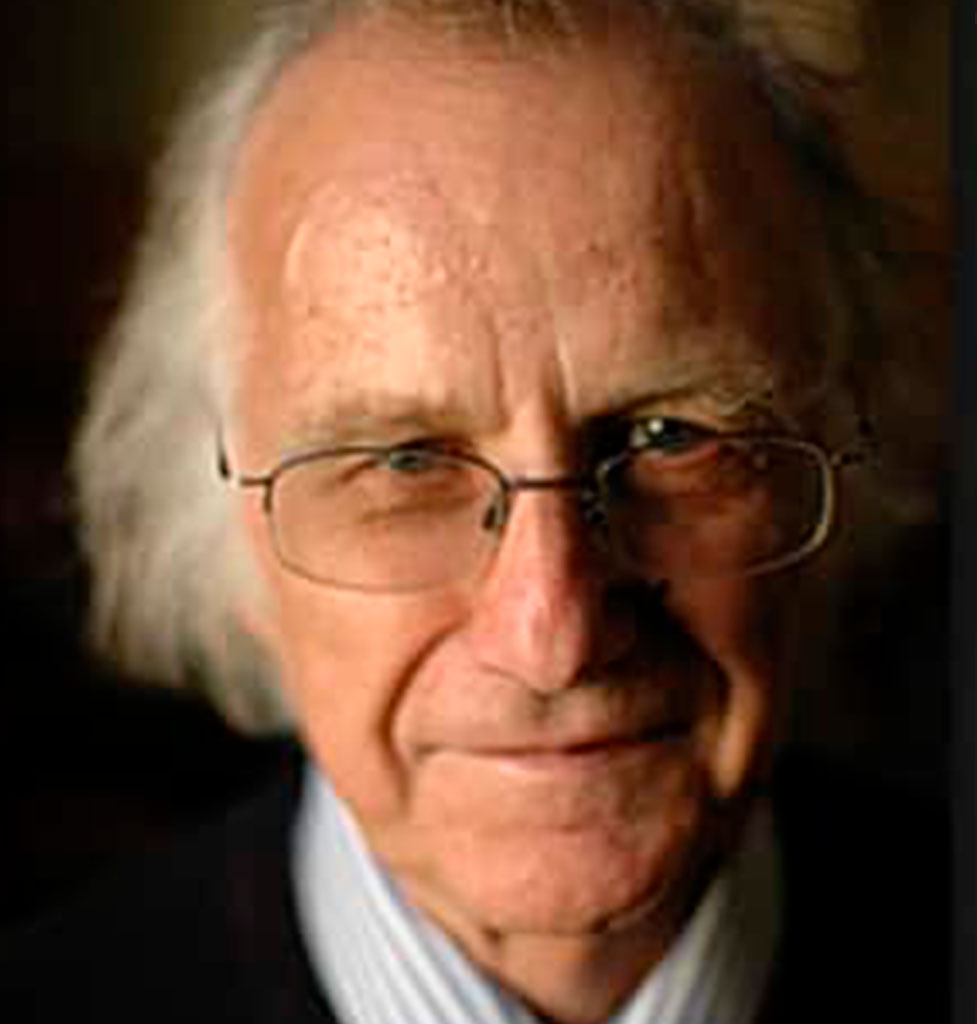 Bruce Kapferer is Professor Emeritus at Bergen University, Professorial Fellow of University College London, a Fellow of the Cairns Institute, and the Director of the ERC Egalitarianism project at the University of Bergen. Kapferer founded two of Australia’s anthropology departments, as well as the anthropology journal Social Analysis.

Kapferer received his Ph.D. in 1969 from the University of Manchester under Max Gluckman, and has carried out ethnography in Zambia, Australia, South Africa, Kerala and India. He is a leading political anthropologist and the author of numerous books and articles, addressing topics such as ritual, performance, the state, identity, nationalism, violence, and urbanization. More recently, Kapferer has turned his attention to the role of digitalization in the formation of new political settlements, and is currently writing a book about the corporate state. 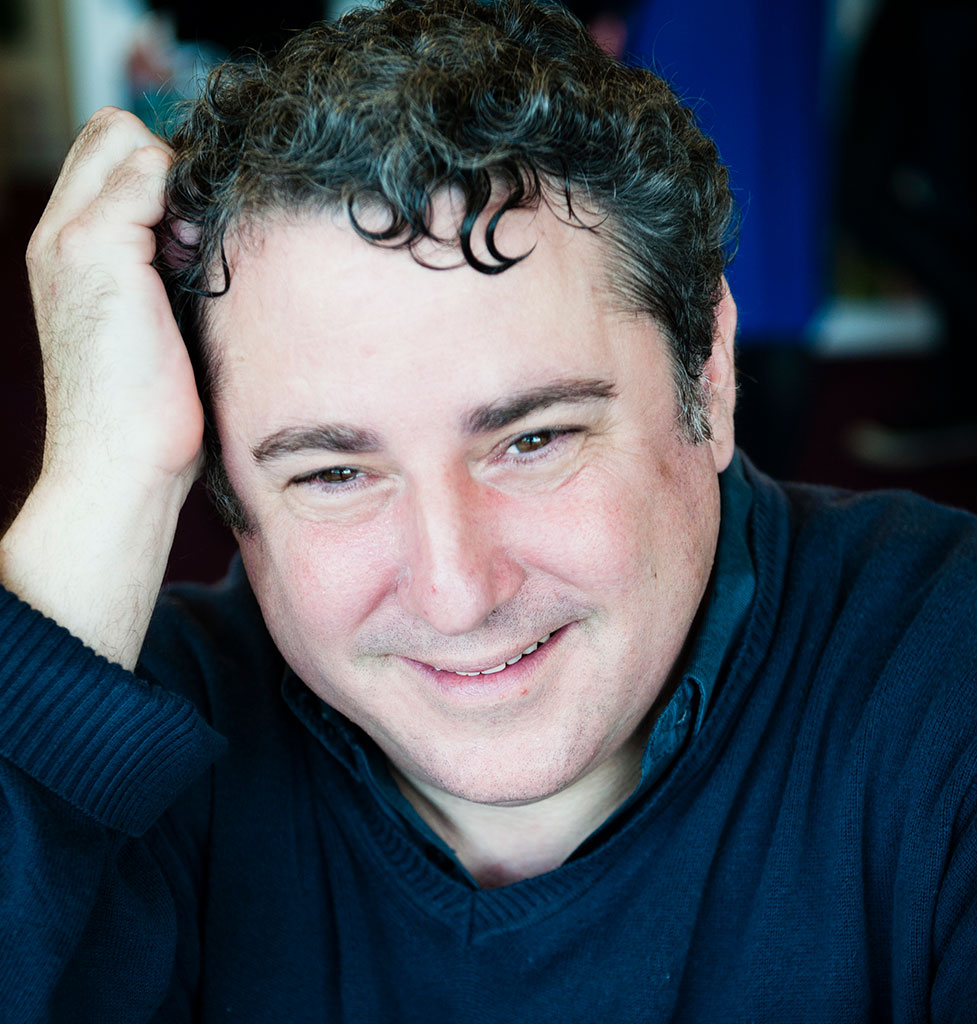 Joel Robbins is Sigrid Rausing Professor of Social Anthropology at Cambridge University, a Fellow of Trinity College, and Co-Director of the Max-Cam Centre for Ethics, Economy and Social Change. He has previously held academic posts at the University of California and Reed College.

Robbins has carried out extensive fieldwork in Papua New Guinea, with a particular focus on the growth of Protestant Christianity among the Urapmin in the West Sepik region. Robbins has contributed widely to the anthropology of morality, and his work is oriented around the questions of values, ethics, cultural change, and religion. His most recent book is Theology and the Anthropology of Christian Life (OUP 2020), and he is now working on a book about values and anthropological theory. 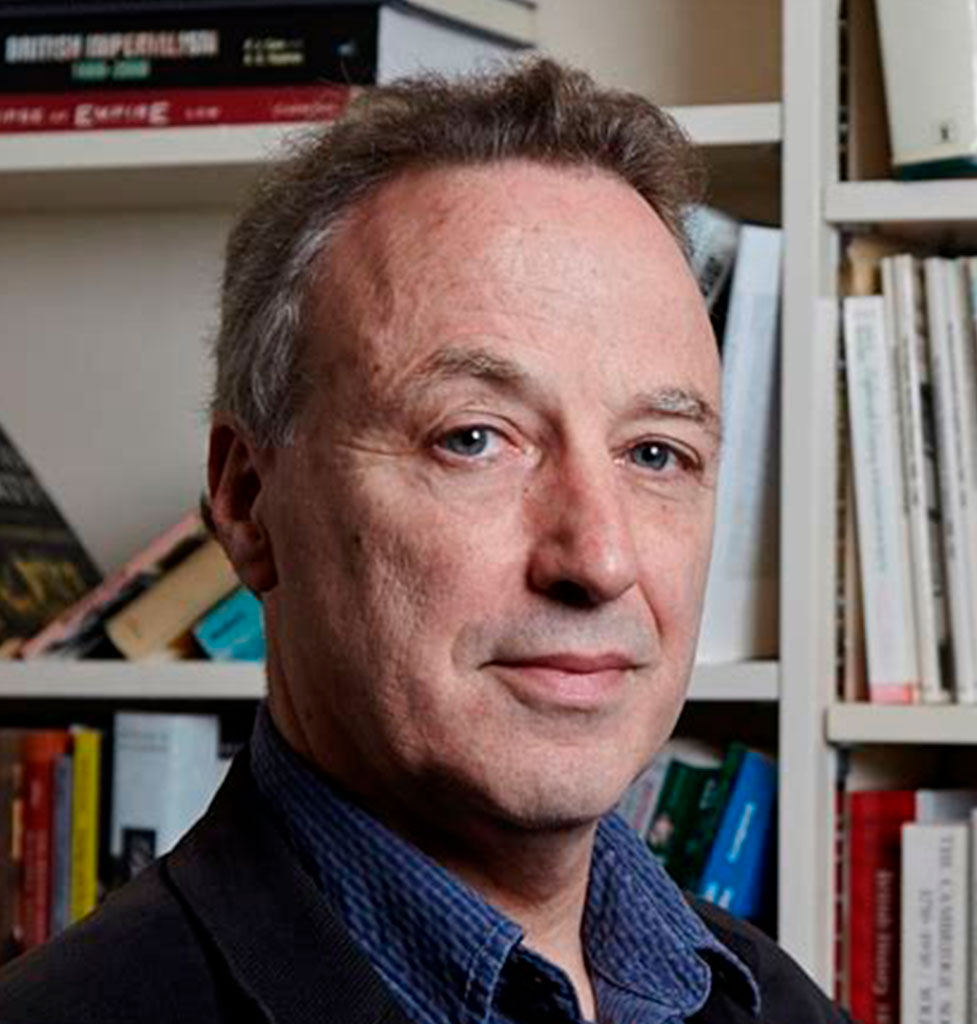 Simon Szreter is a Professor of History and Public Policy at Cambridge University, and a Fellow of St. John’s College. His main fields of research are demography, public health, economic and social history, the history of empirical social science, and methods for registering and measuring populations. He is the co-editor, together with Keith Breckenridge, of Registration and Recognition: Documenting the Person in World History (Oxford University Press 2012).

In 2002 Szreter co-founded the journal History and Policy, on the belief that history can and should improve public policy making, helping to avoid reinventing the wheel and repeating past mistakes. He remains its Editorial Director. In 2019, together with his wife and son, Szreter was awarded the IPPR Economics Prize, for a set of policy proposals built on British economic history, to foster economic growth by reconceptualising the welfare system as a growth promoter. 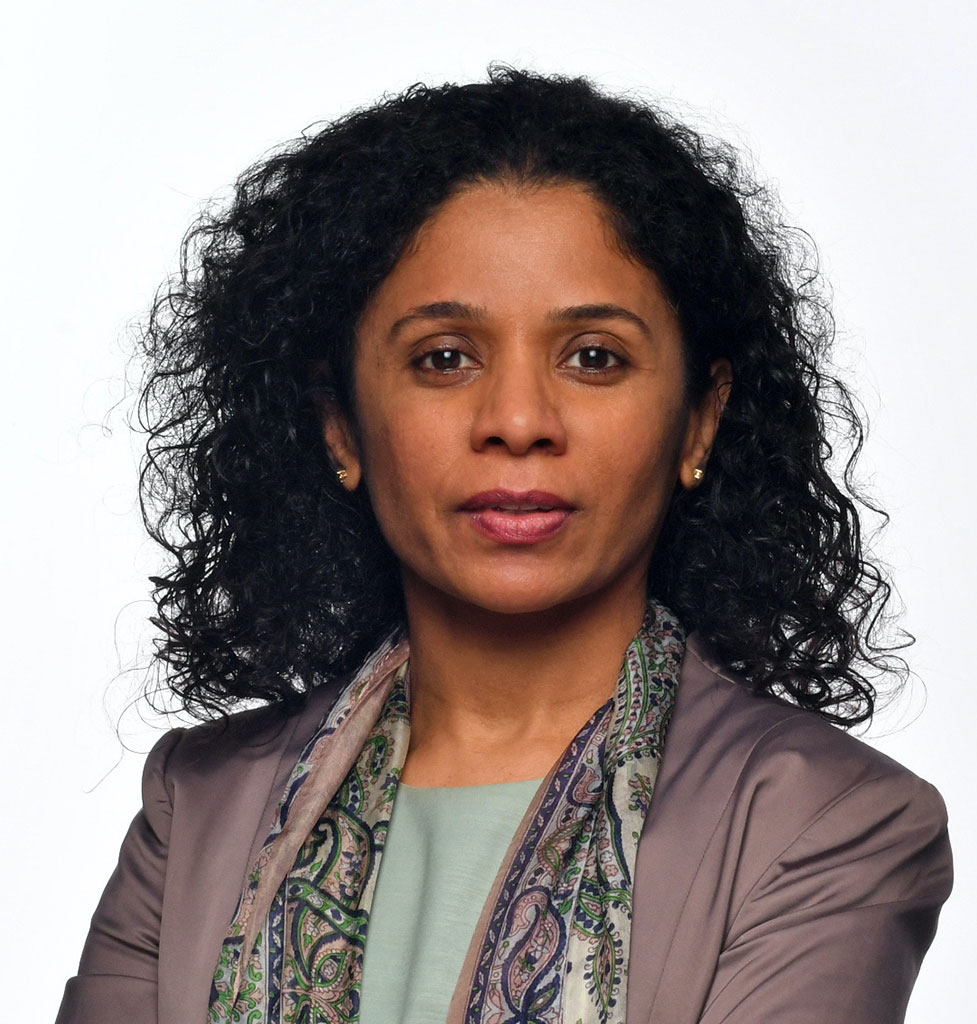 Sahana Udupa is Professor of Media Anthropology at LMU Munich, where she heads two ERC-funded projects on digital politics, online extreme speech, and artificial intelligence, and a multimedia project on online nationalism funded by the Henry Luce Foundation. Keen to create conversational spaces between research and communities, her projects have sought to translate research findings into possibilities in the ‘real world’: inviting policy makers, critical scholars and students to join hands in a collaborative effort to address the ‘dark side’ of digital communication.

Udupa is the author of Making News in Global India, (Cambridge University Press 2015), and a volume co-edited with I. Gagliardone and P. Hervik, Digital Hate: The Global Conjuncture of Extreme Speech (Indiana University Press 2021). She is a senior research partner at the Max Planck Institute for the Study of Religious and Ethnic Diversity; and serves on the advisory board of MediaWell, an initiative by the Social Science Research Council Network for Peace, Security and the United Nations, to review research on digital disinformation and hate speech. Her selected publications and podcasts are available here. 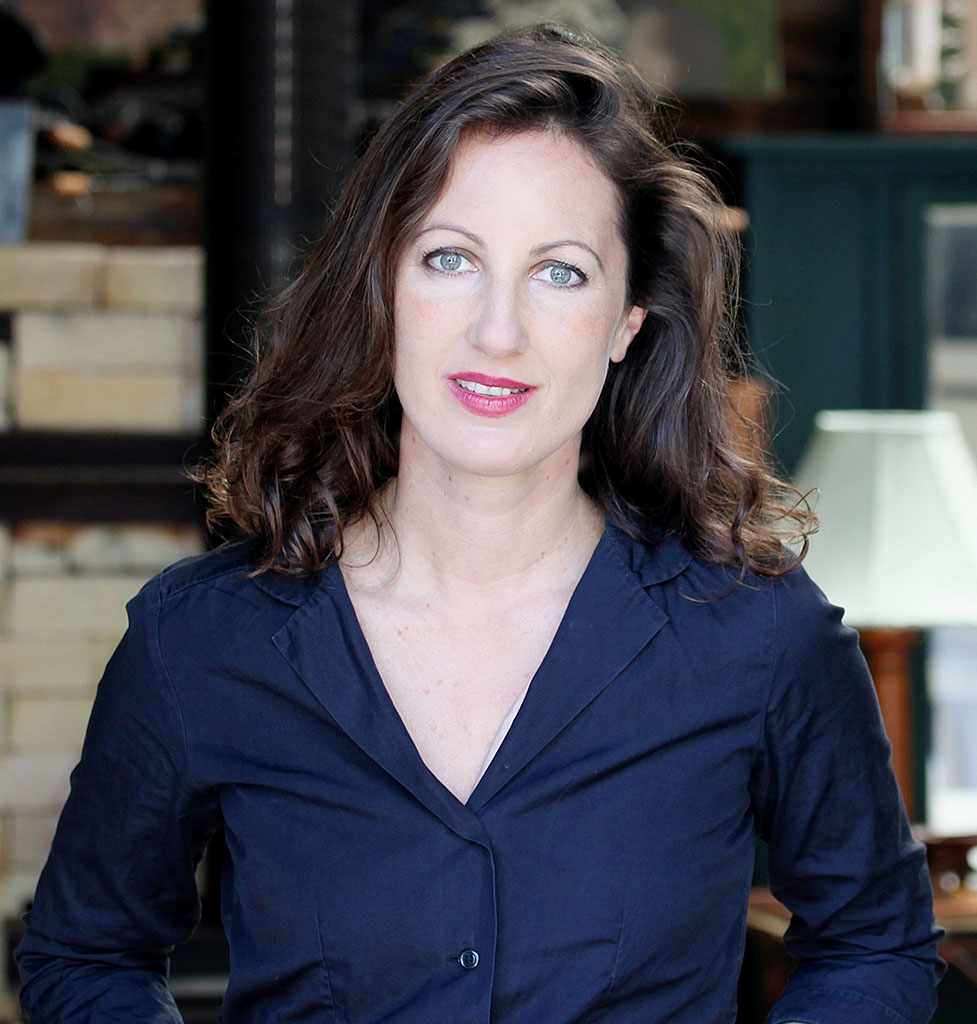 Khadija is an artist, historian, and Professor and Chair of Global Art at the University of Birmingham. She is currently Principal Investigator on an ERC-Consolidator project, which explores the creation of new originals to take the place of repatriated cultural heritage, and employs infrastructural activism and institutional disobedience alongside site-specific installation strategies. Her artistic research practice explores how to intervene ethically and experimentally inside institutions, and has addressed issues of surveillance, extraterritorial asylum, and embassies, and has been exhibited at venues including Savvy; Haus der Kulturen der Welt; and Silver Sehnsucht during Frieze London. Her installations, films and performances have been shown internationally, including at the Venice, Marrakech, and Sharjah Biennales, ICA London, and reside in the collections of MAA Museum Cambridge, and Oxford’s Pitt Rivers Museum. She is the recipient of fellowships from the British Academy, TB21-Academy, DAAD, Humboldt Stiftung, European Research Council, and is an editor of the journal Third Text.

Khadija wrote her Ph.D. at Harvard University about appropriations of the colonial archive, and is the author and/or co-editor of the following books: Art in the Time of Colony (Routledge 2016); The Importance of Being Anachronistic: Contemporary Aboriginal Art and Museum Reparations (Third Text Publications 2017); Botanical Drift: Plant Protagonists of the Invasive Herbarium (MIT Press 2017); Bordered Lives: Immigration Detention Archive (MIT Press 2021); and The Contested Crown: The politics of repatriation between America and Europe (University of Chicago Press, forthcoming).